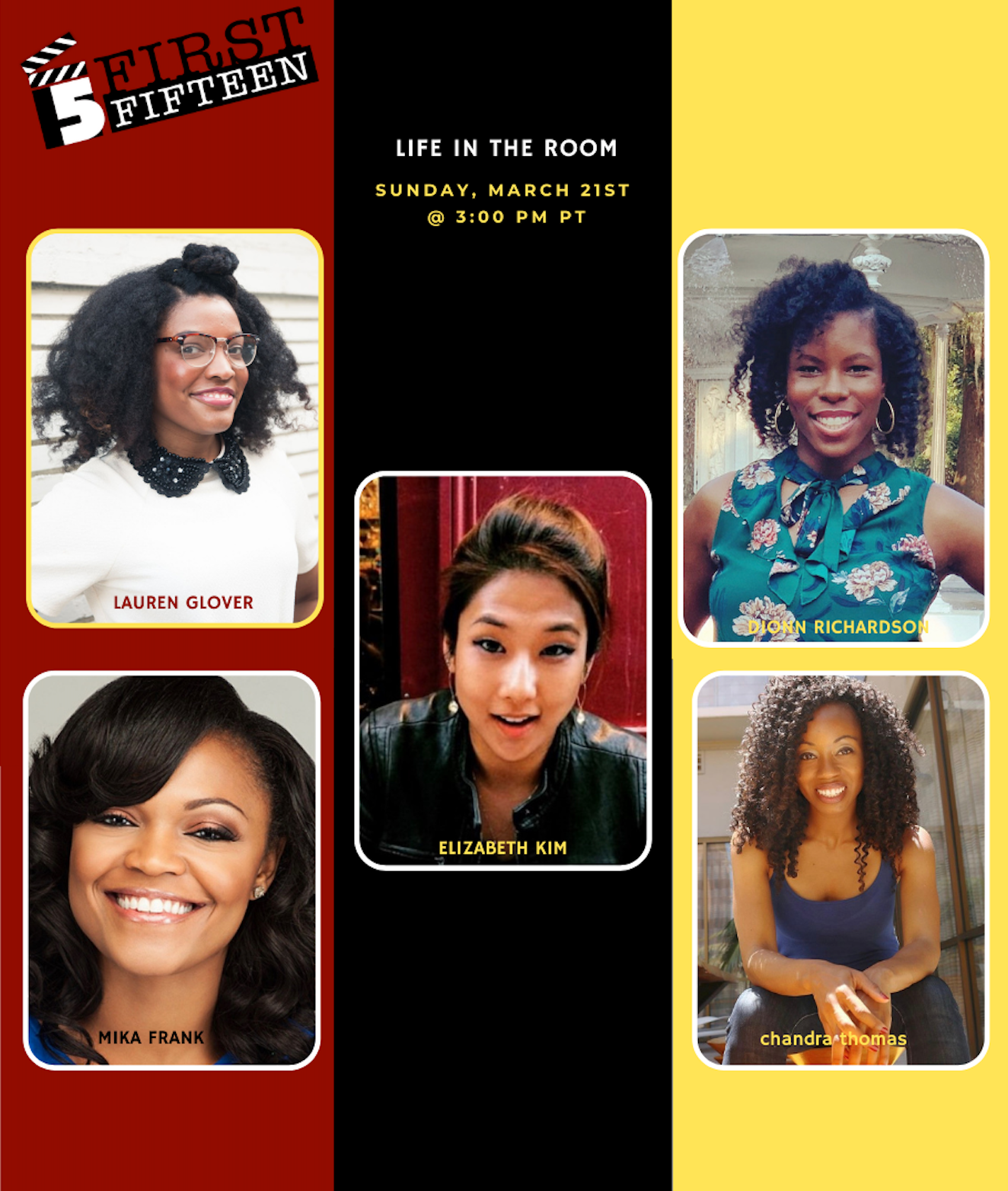 Lauren Glover is a Los Angeles based drama and dramedy writer originally from Columbia, Maryland. A former registered nurse with experience working in the psychiatric, intensive care, and hospice fields, Lauren writes darkly comedic stories with a humanistic and nuanced approach. Lauren is a Sundance Episodic Lab Fellow (2020) and was a writers’ assistant on a new CBS show, The Second Wave, created by Robert and Michelle King (THE GOOD WIFE, EVIL). Previously, Lauren was a writers’ assistant on a new adult animated Amazon series (FAIRFAX) and a showrunner’s assistant to Pam Veasey on LA’S Finest. Lauren is currently a staff writer on the new HBO Max series DUSTER.

A native of Cleveland, Mika Frank began her storytelling career as a songwriter. But after her mom pressured her to pursue a conventional career, Mika went on to become a pharmacist. Mika later rekindled her love for writing after starting a relationship blog. When Mika discovered the world of film and television writing, she refocused her talents and moved to Los Angeles. Mika has since placed in the 2018 AFI Directing Workshop for Women, the 2019 WeScreenplay Contest, and 2020 Warner Brothers Television Workshop. Mika has written and directed the web series, My Girlfriend is Black, and four short films. Mika pens flawed strong character driven stories.

When Elizabeth Kim was eight years old, her family moved to Louisiana. Feeling out of place, she spent a large part of her child being bookish and painfully shy. She escaped through reading books, where she could be someone else for a few blissful hours. She also competed nationally in piano competitions, though never quite becoming a child prodigy. much to her parent’s disappointment. Elizabeth attended Rice University, where she studied biochemistry & cell biology and visual arts. During college, she worked in a neurophysiology lab where her research was published in a scientific journal. After moving to Los Angeles, she used her neurology background to work in a polysomnographic sleep lab, which gave her the inspiration to write her feature script, THE BRAIN MIRROR, which won an Alfred P. Sloan Award. Elizabeth Kim studied screenwriting at the American Film Institute Conservatory. She has written for ARROW (CW) and the animated series FREEDOM FIGHTERS: THE RAY (CW SEED). Much of her work features identity issues, underdog stories with heart, and flawed protagonists. In her spare time, she enjoys French patisserie, interior design, and pretending to be on a diet while eating dessert.

Dionn Richardson hails from Atlanta, Georgia. After graduating with a theatre degree from Georgia Southern University, she took a giant leap of faith and moved to Harlem, USA. While working as a personal assistant for Black Thought of The Legendary Roots Crew, she decided to follow her dreams of working in television. She freelanced as a talent/casting coordinator, but now her goal is to produce and develop TV shows for underrepresented groups of people. Dionn currently works as a showrunners’ assistant.

chandra thomas is a writer-actor-producer originally from New York. She’s currently a writer on the hit multi-cam comedy, MOM. chandra was the sole comedy writer in the 2020 CBS Writers’ Program. Also a playwright, chandra’s play THE BUZZER was just named a Featured Finalist in the Blue Ink Playwriting Award; she’s currently an Echo Theatre Young Playwrights fellow. As an actor, chandra’s credits include LABOR DAY, 9-1-1, LAW & ORDER: SVU, BLUE BLOODS, among others. She earned BA degrees in theatre and sociology from Vanderbilt University, and holds an MFA from Columbia University. chandra’s the proud daughter of immigrants, has gleefully lived all over the country and around the world, and absolutely loves baseball. 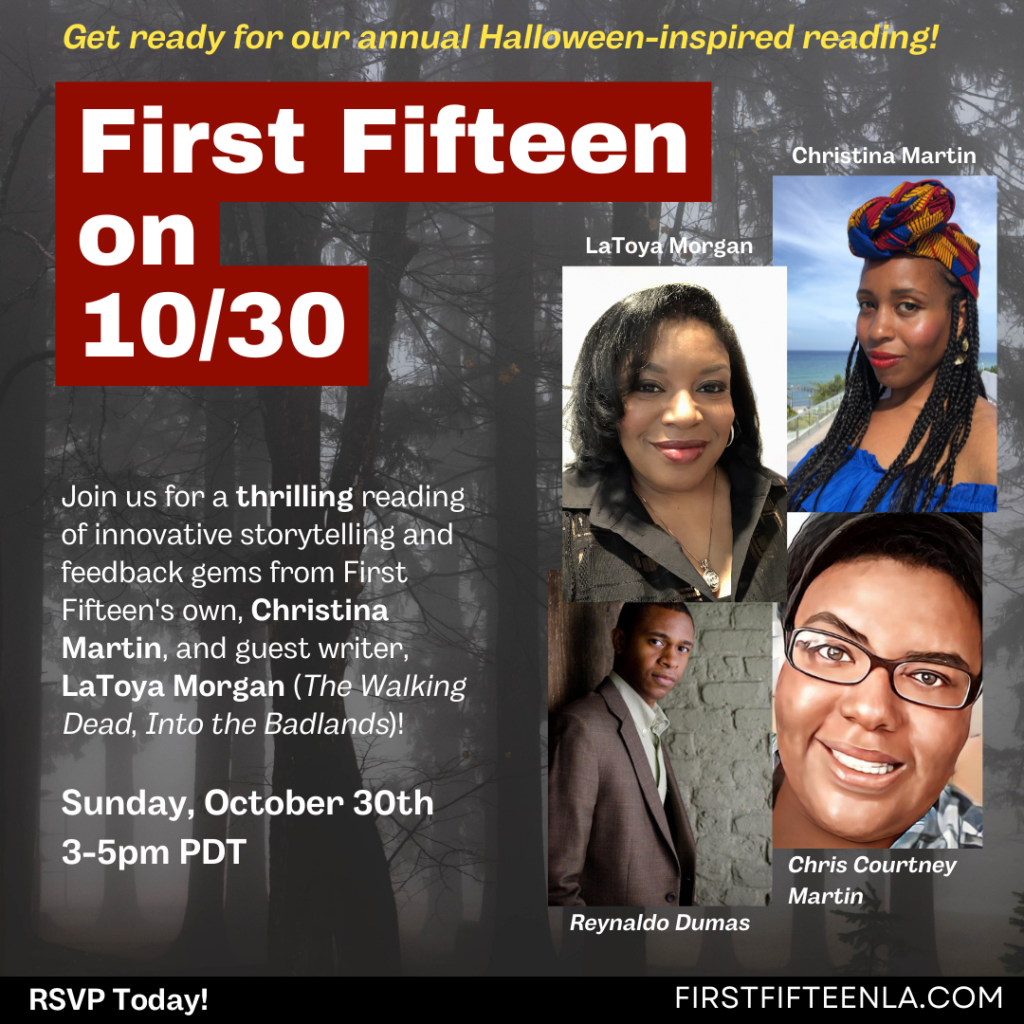